Visa overstaying is illegal in Thailand and anywhere in the world. Overstaying in Thailand is not good! Once you overstay for a short period of time, you will have to pay a specified fine. Overstaying for more than 90 days is a more serious offence and most likely would result to being deported and banned from visiting Thailand again in the future. The length of the ban usually depends on how long you have overstayed your visa. 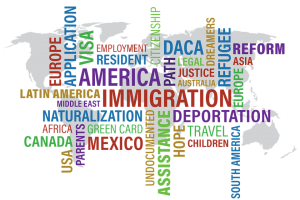 Most people end up on a visa overstay in Thailand for various reasons. Foreigners often do so by mistake, whether by miscalculating the days provided on their visas versus the length of their stays or simply by overlooking the expiration date on their visas. It is highly recommended to avoid overstaying in Thailand, and if one finds himself or herself in Thailand with an expired visa it is very necessary to resolve it quickly and legally. There would be random checks which is unpredictable, it is best to pay attention and be more careful with regards to visa validity.

Overstaying is referred to as the act of staying in the country beyond the provided period of stay as stated on your visa. The visa holder is solely responsible for leaving Thailand or extending the visa when in Thailand, and if caught with failure to doing so, the foreign national will have to face legal sanctions including imprisonment.

Sanctions for Overstaying in Thailand

It is against Thai immigration law to overstay your visa in Thailand and it is considered as breaking Thai laws, even if just for one day. If someone is caught overstaying in Thailand, he or she will be facing a hefty fine and the possibility of being detained in a Thai immigration cell, wherein the violator will be deported or will have to face imprisonment in Thailand.

However, if you can leave Thailand as an overstaying foreigner without getting caught you will only be asked to pay the fine and leave the country with the possibility of being banned from re-entering Thailand again in the future that would be as a case by case basis. But as stated before, there is a possibility for detainment and/or imprisonment even for just overstaying one day, and it is very important to avoid getting caught or have encounters with Thai authorities. Issues regarding overstaying should be resolved as soon as possible because occasionally immigration police does random checks on foreign citizens even from outside the international airports.

If you are caught by an immigration officer, it can result to being taken to prison if unable to pay the fine, or if you have been overstaying for a long period of time. However, if you have a very long overstay and you turn yourself in, you will be taken before a judge in court. The overstay fine would usually be waived, and replaced with a much smaller fine.

The offender will then be held in the Immigration Detention Cell until he or she has arranged a direct flight to his or her home country. A small fee will be charged by the immigration officers who will take you to the airport and accompany you through immigration. Your passport will be stamped as blacklisted and will be given to the steward on the flight, and will only be returned when you land in your home country. Always understand the problems with overstaying in Thailand.