If you are heading for a Thai divorce then speak to a lawyer today! There are different ways to process a divorce depending on which type of divorce they wish to go through. Also known in Islam as Talaq the uncontested divorce – the administrative form of divorce in Thailand which is also known as “Divorce on Mutual Consent”. 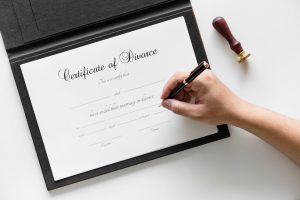 This is the type of divorce wherein both willingly agree in ending their marriage. In this type of divorce, it is more straightforward, less conflicts and complications as both couple agreed on it.  On the other hand, for contested divorce, which is also known as “Judicial divorce” can be filed at the Thai Family court.

This is the only option for couples whose other party does not accept the divorce and only the other party wishes to end the marriage.  This circumstance is too difficult and leaves the husband and the wife to provide accurate and specific grounds on the event for divorce.

Divorce is not only common among Thai couples, but also to foreign and Thai relationships or marriages. Most likely divorce for Thai couples are being decided as uncontested as it is of less stress among parties and also with their families. When the event that the couple does have a child within the marriage, upon divorce, the mother takes full custody of the child, it is solely under her, unless, otherwise, the father would wish to have a joint custody of the child that he must undergo process to achieve such joint custody.

Thai divorce for foreign and Thai couple is a bit complicated especially if parties do not have a good relationship with the other, and that it would end most likely into contested type of divorce. It is important that the foreign party also knows their rights and restrictions, advantages and disadvantages for this type of divorce, thus, it is highly recommended to seek legal assistance from a family lawyer, who could provide deeper understanding regarding these issues on divorce.

Grounds for Divorce in Thailand